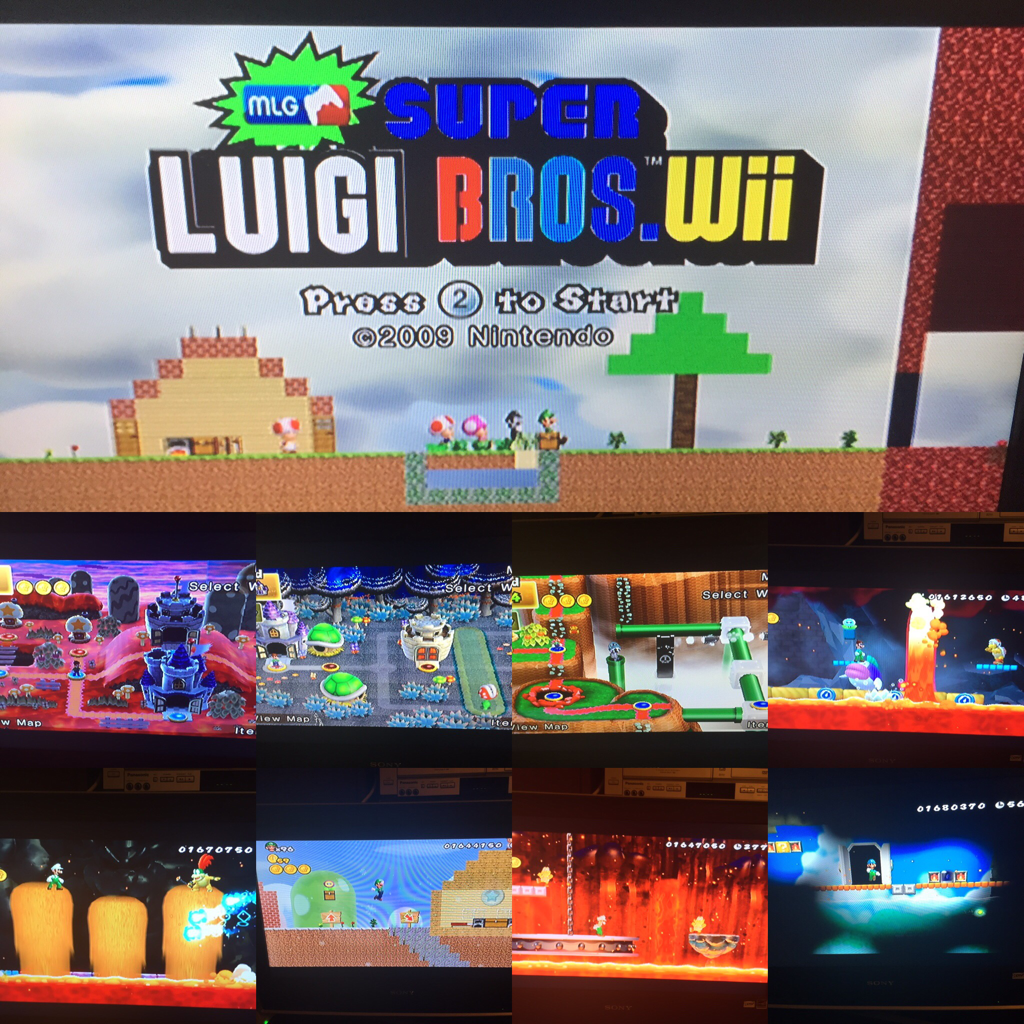 Welcome to my hack of MLG Super Luigi Wii “Into the Void”. This was originally going to be MLG Super Bowser World (A Hack dedicated only on word 1) but I decided to flip the story and change the settings and a few other things and add a ton of more content.

Story: As soon as Mario, Luigi, and their friends arrived with Peach safe and sound from destroying Bowser’s world they saw all the way back in World 6 a rift opening up. Then on World 1 a rift opened up and sucked up both Mario and Peach. From there a wild void spread through the land changing the layouts and worlds as everyone knows it. Now its up to Luigi to save Mario and Peach. Along with a new friend.

This mod was made for fun and was also my first mod that I just through random stuff in. Don't expect high quality polishing in any way. I was just seeing what I can do and create. So take this mod with a grain of salt.

This hacks includes
3 remodeled worlds with brand new themes.
Lots of brand new hype MLG levels
A secret world of Minecraft is in store
Play as MLG and Void Luigi
Retextured  and lit sprites and objects
hidden keys in each level
Tons of brand new levels and challenges as well
Remakes of old school levels

This site has been viewed: